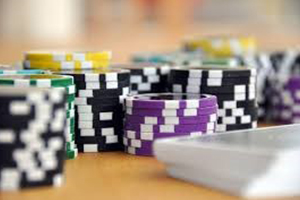 Playson has announced a content supply agreement with iGaming operator Alea, which has seen the online casino content maker offer its games under its new partners’ brands. Playson’s full suite of online slots has been launched under Alea’s brands, including its flagship SlotsMillion online casino. The games are also available through iGaming operator’s content aggregation platform AleaPlay.

Successful Playson titles such as Rise of Egypt Deluxe, Vikings Fortune: Hold and Win, and Solar Temple, among others, are now available to Alea’s growing player base.

The agreement between the operator and the provider also includes Playson’s wide range of promotional tools, including its Seamless Play, Free Spins and Jackpots products, as well as regular tournaments with daily prizes.

Alea’s flagship brand, SlotsMillion, was launched in 2014. The online casino operates under licenses from the UK Gaming Commission and the Malta Gaming Authority. In 2016, SlotsMillion was relaunched as the world’s first real money virtual reality casino.

The online casino features interesting no deposit bonuses, over 3,000 slots and table games, as well as over 40 virtual reality games from over 100 of the world’s most popular content providers, now including Playson and its extensive portfolio of slot titles.

Agreement marks the beginning of a long-term mutually beneficial partnership

Commenting on their launch live with their new client, Playson Managing Director Ivan Farrugia said they are delighted to be working with Alea and providing their “engaging and exciting” content to “this award-winning organization.”

Mr. Farrugia went on to say that both Alea and Playson share common values ​​and that their recent agreement has marked the beginning of a “long-term, mutually beneficial partnership.”

Alea co-founder Alexandre Tomic said that Playson offers some of the most popular games in the industry and that they are delighted to have access to the provider’s newest titles alongside classics like Solar Queen and the Timeless Fruits Slots series. Mr. Tomic added that the content of the integration of “such a respected slot provider ensures that our fans receive the best gaming experience.”

Playson has been on a new wave of partnerships in recent weeks. The company has partnered with Italian gaming giant Snaitech to provide the operator with access to its entire collection of slots and increase its presence in the local market. In a similar deal announced last month, Playson agreed to supply its range of games to the online casino Casino Days, a brand run by Rhino Entertainment.

Playson offers more than 65 online casino games to operators serving customers in some of the largest iGaming markets. The provider is licensed by the UK Gambling Commission, the Romanian National Gambling Office and the Malta Gaming Authority and its content is available in more than 17 regulated territories.  This will be without doubt the next step in the creation of incredible games that could be enjoyed by players all around the world.

The best online casinos for you